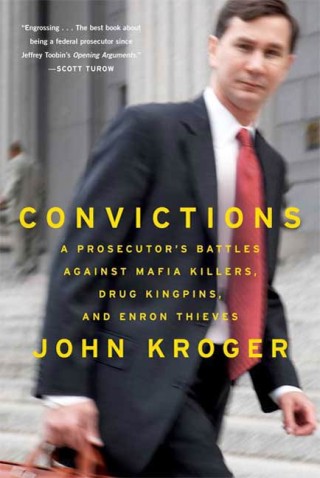 Convictions is a spellbinding story from the front lines of the fight against crime. Most Americans know little about the work of assistant United States attorneys, the federal prosecutors who possess sweeping authority to investigate and prosecute the nation's most dangerous criminals. John Kroger pursued high-profile cases against Mafia killers, drug kingpins, and Enron executives. Starting from his time as a green recruit and ending at the peak of his career, he steers us through the complexities of life as a prosecutor, where the battle in the courtroom is only the culmination of long and intricate investigative work. He reveals how to flip a perp, how to conduct a cross, how to work an informant, how to placate a hostile judge. Kroger relates it all with a novelist's eye for detail and a powerful sense of the ethical conflicts he faces. Often dissatisfied with the system, he explains why our law enforcement policies frequently fail in critical areas like drug enforcement and white-collar crime. He proposes new ways in which we can fight crime more effectively, empowering citizens to pressure their lawmakers to adopt more productive policies. This is an unflinching portrait of a crucial but little-understood part of our justice system, and Kroger is an eloquent guide.

John Kroger is a former federal prosecutor who served on the Justice Department's Enron Task Force; he was also deputy policy director of Bill Clinton's 1992 presidential campaign. He now teaches at Lewis and Clark Law School in Portland, Oregon.