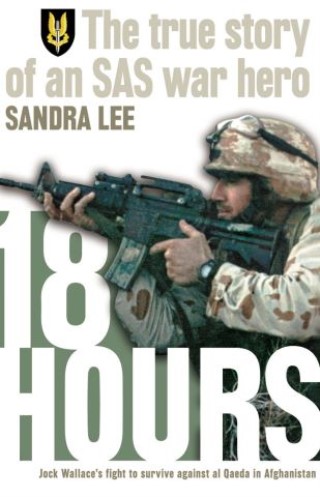 The True Story of an SAS War Hero

twelve months after the September 11 attacks shook the world, Martin 'Jock' Wallace was awarded the nation's third highest military honour for bravery - the Medal of Gallantry - for his actions in the war against terror in south-eastern Afghanistan.At the age of 32 and a signalman with the elite Special Air Service Regiment, Wallace's courage under fire during Operation Anaconda helped save the lives of 80 American soldiers and two Australians (including himself), who were ambushed by up to 1000 Al Qaeda terrorists and taliban hard-liners in a life and death battle. It is a gripping account of modern warfare against the most dangerous enemy of the 21st Century and will detail every second of those 18 perilous hours in Hell's Half Pipe when Al Qaeda forces outnumbered the US and Australian troops by 100 to 1.18 Hours is a comprehensive account about the blooding of a new Australian hero, Martin Wallace, a country boy from tamworth, and his coolness under fire of the soldiers that day.

Sandra Lee: SANDRA LEE is a journalist and author with almost two decades of experience in the newspaper and magazine publishing industry in Australia and the US. A former assistant editor, foreign correspondent and columnist for The Daily Telegraph, she is currently editor-at-large at marie claire magazine and writes a weekly column for News Limited.