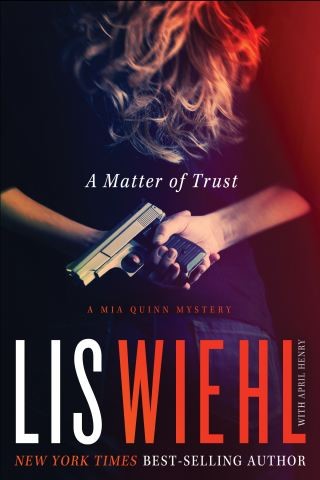 A Matter of Trust

When life is murder, who can you trust?

One minute Mia Quinn is in her basement, chatting on the phone with a colleague at the prosecutor’s office. The next minute she hears a gunshot over the line, and Mia listens in horror as her colleague and friend Colleen bleeds to death.

Mia’s a natural for heading up the murder investigation, but these days it’s all she can do to hold her life together. As a new widow with a pile of debts, a troubled teenaged son, and a four-year-old who wakes up screaming at night, she needs more time with her family, not less—and working Colleen’s case will be especially demanding. But Colleen was her friend, and she needs to keep her job. So Mia reluctantly teams up with detective Charlie Carlson to investigate. But the deeper they dig, the more complications unfold—even the unsettling possibility that someone may be coming after her.

“A stunning crime series debut . . . Smart, suspenseful, and full of twists that only an insider like Wiehl could pull off .” —Linda Fairstein, New York Times best-selling author

Lis Wiehl is the former legal analyst for Fox News and the O'Reilly Factor and has appeared regularly on Your World with Neil Cavuto, Lou Dobbs Tonight, and the Imus morning shows. The former co-host of WOR radio's "WOR Tonight with Joe Concha and Lis Wiehl," she has served as legal analyst and reporter for NBC News and NPR's All Things Considered, as a federal prosecutor in the United States Attorney's office, and was a tenured professor of law at the University of Washington.  She appears frequently on CNN as a legal analyst. She lives near New York City.