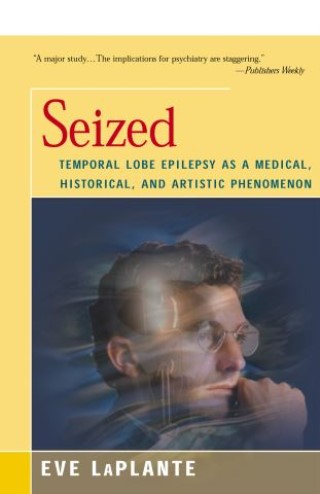 Temporal Lobe Epilepsy as a Medical, Historical, and Artistic Phenomenon

Seized is a narrative portrait of a common brain disorder that can alter personality, illuminating the mind-body problem and the limits of free will. An invaluable resource for anyone touched by epilepsy, Seized gives first-hand accounts of three ordinary patients with temporal lobe epilepsy (TLE), explaining what they suffer and how they cope. The book also tells the stories of creative luminaries diagnosed with or suspected of having TLE, including van Gogh, Dostoevsky, Lewis Carroll, Saint Paul, and Flaubert. The psychological implications of Seized are, according to Publishers Weekly, “staggering.” Kirkus Reviews called the book “Fascinating . . . LaPlante’s descriptions of the human brain are wonderfully concrete, her historical research is well presented, and her empathy for TLE’s victims is clear.” In this “fascinating account of medical research,” Howard Gardner noted, “LaPlante shows how a brain scar may cause bizarre aggressive or sexual behavior—and works of profound creative imagination.”

Eve LaPlante:
Eve LaPlante is the author of Marmee & Louisa, a dual biography of Louisa May Alcott and her mother, and the editor of My Heart Is Boundless, a collection of Alcott family papers. A New Englander with degrees from Princeton and Harvard, LaPlante wrote three previous books. Seized is a narrative portrait of a brain disorder that illuminates the mind-body problem. American Jezebel tells the true story of LaPlante’s ancestor, the colonial heretic and founding mother, Anne Hutchinson. Salem Witch Judge, LaPlante’s biography of the 1692 judge who became an abolitionist and feminist, won the Massachusetts Book Award for Nonfiction. Please visit with her at www.EveLaPlante.com.