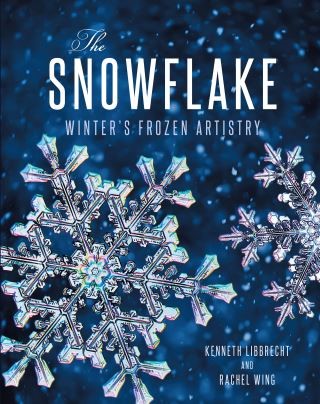 This new edition includes a decade's worth of highly-detailed photographs of snowflakes from northern Ontario, Vermont, Alaska, Michigan, northern Sweden, and Japan.

Kenneth Libbrecht: Kenneth Libbrecht is a professor of physics at Caltech, where he studies the molecular dynamics of crystal growth, especially how ice crystals grow from water vapor, which is essentially the physics of snowflakes. He has authored several books on this topic, including The Snowflake: Winter's Secret Beauty, The Snowflake: Winter's Frozen Artistry, The Art of the Snowflake, and Field Guide to Snowflakes. Dr. Libbrecht served as science consultant on the Disney film Frozen. He lives in Pasadena with his wife, Rachel Wing. They have two children.Rachel Wing is a park ranger for the city of Monrovia, California, at the foot of the San Gabriel Mountains. With a background in geology, she now specializes in balancing wilderness preservation with wildfire safety for nearby residents. Rachel loves to