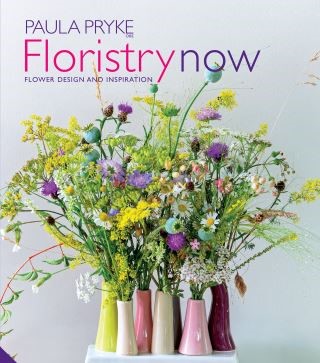 In this invaluable book Paula shares her colour secrets. She explores colour influences, the psychological effects of personal responses and gives very practical tips based on her own experience and skills on how to use and combine colours.

Paula Pryke: Paula Pryke is a world-renowned florist who has been based in London for the last 24 years. In 1998 she fulfilled her dream of opening a little flower shop in Islington and began to attract some very interesting and influential customers. Rock stars such as George Harrison would send their chauffeur to collect flowers, Comedians such as Paul Whitehouse, Kathy Burke and Stephen Fry became fans, actors and actresses would call by the shop or phone and order flowers. At that time Cate Blanchett and Kate Winslet lived up the road and would call in to pick flowers from the vast collection that Paula had on offer. Artists, Photographers and lots of local people raved about the shop. One day Paula got a call from Terence Conran's office saying he was going to call in to meet her. Ilse Crawford, who was then Editor of Elle Decoration, recommended Paula to Terence. He came into her original shop in Islington and complimented her on having "The nicest flower shop outside of Paris!" That meeting spurned a huge London contract flower business as Terence began his restaurant empire. About the same time, Paula was asked by one of her local customers if she would like to publish a book. This started an enduring and successful relationship with Jacqui Small, who has published all of Paula's books, including her recently released 15th title, Everyday Flowers. These books have been translated into over 15 languages including Hebrew, Russian and Japanese. The success of Paula's books worldwide raised the profile of floristry globally. At first Paula's style was embraced in Japan and America but more recently she has also been working and influencing floral design in Korea, China, India and South America. Paula is still very hands-on, with a small and talented team working from her studio in Islington, London. Here they execute contract flowers, gift orders, weddings and events. Flowers have taken Paula all over the world and she is constantly in demand to work, advise or demonstrate her art. Over the last two decades, Paula had worked on many diverse consultancy projects but all with the same aim of bringing her love of flowers to a wider audience. She has been a consultant at different times for all three of the major supermarkets in the UK and currently works with Waitrose, whose flowers she considers to be the best. In America she has worked on window design and flower shows with retail giants such as Target, Marshall Fields, (now Macy's) in Chicago and she currently works for Crystal Cruises as a floral consultant and as part of their enrichment program. Back at home she has worked on diverse projects ranging from colour forecasting for Dulux paints to designs for wallpapers, vases and even scents for perfume. Paula also contributes to many lifestyle magazines and is constantly asked to comment on radio and TV on floral taste and fashion. Demand from around the world to learn Paula's flower style led her to establish The Paula Pryke Flower School in 1994. Paula originally trained as a history teacher so she is a natural communicator, infectiously spreading her love of flowers. When not traveling, Paula spends her time between her studio in London and her Suffolk country garden that features in her latest book Flowers Everyday. She is married to Peter, an Architect, and they have two children.