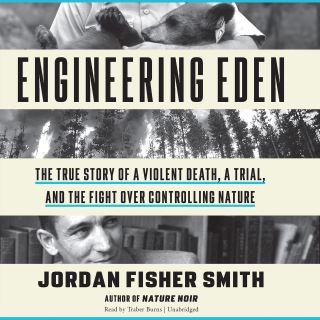 The True Story of a Violent Death, a Trial, and the Fight over Controlling Nature

The fascinating story of the century-long attempt to control nature in the American wilderness as told through the prism of a tragic death at YellowstoneWhen twenty-five-year-old Harry Walker was killed by a bear in Yellowstone Park in 1972, the civil trial prompted by his death became a proxy for bigger questions about American wilderness management that had been boiling for a century. At immediate issue was whether the Park Service should have done more to keep bears away from humans, but what was revealed as the trial unfolded was just how fruitless our efforts to regulate nature in the parks had always been.The proceedings drew to the witness stand some of the most important figures in twentieth-century wilderness management, including the eminent zoologist A. Starker Leopold, who had produced a landmark conservationist document in the 1950s, and all-American twin researchers John and Frank Craighead, who ran groundbreaking bear studies at Yellowstone. Their testimonies would help decide whether the government owed the Walker family restitution for Harry's death, but it would also illuminate decades of patchwork efforts to preserve an idea of nature that had never existed in the first place.In this remarkable excavation of American environmental history, nature writer and former park ranger Jordan Fisher Smith uses the story of one man's tragic death to tell the larger narrative of the futile, sometimes fatal, attempts to remake wilderness in the name of preserving it. Moving across time and between Yellowstone, Yosemite, and Glacier National Parks, Engineering Eden shows how efforts at wilderness management have always been undone by one fundamental problem-that the idea of what is "natural" dissolves as soon as we begin to examine it, leaving us with little framework to say what wilderness should look like and which human interventions are acceptable in trying to preserve it. In the tradition of John McPhee's The Control of Nature and Alan Burdick's Out of Eden, Jordan Fisher Smith has produced a powerful work of popular science and environmental history, grappling with critical issues that we have even now yet to resolve.

Jordan Fisher Smith worked for twenty-one years as a park ranger in California, Wyoming, Idaho, and Alaska. He has since written for numerous publications including Men's Journal and the Los Angeles Times Magazine. He is the author of Nature Noir and the narrator of the documentary Under Our Skin.

Traber Burns worked for thirty-five years in regional theater, including the New York, Oregon, and Alabama Shakespeare festivals. He also spent five years in Los Angeles appearing in many television productions and commercials, including Lost, Close to Home, Without a Trace, Boston Legal, Grey’s Anatomy, Cold Case, Gilmore Girls, and others.