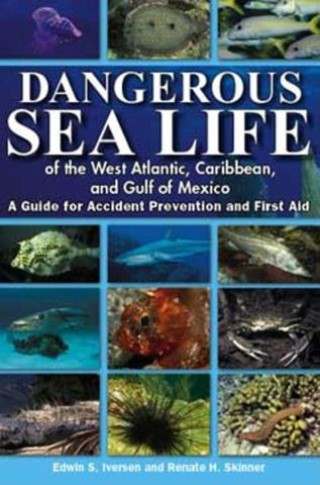 Dangerous Sea Life of the West Atlantic, Caribbean, and Gulf of Mexico

A Guide for Accident Prevention and First Aid

Dangerous Sea Life of the West Atlantic, Caribbean, and Gulf of Mexico is a guide for accident prevention and first aid. There are sections on:

Edwin S Iversen: Dr. Edwin Iverson was a professor of marine science at the University of Miami Rosenstiel School of Marine Atmospheric Science for 37 years. He published many books and articles. The Rosenstiel School established the Edwin S. Iversen Prize in Aquaculture to honor Dr. Iversen and to promote the career of students interested in the field.Dr. Renate Skinner earned her Ph.D. in biological oceanography as a student of Dr. Iversen at the University of Miami. She worked at Biscayne National Park in the fisheries program and later was district biologist for the State of Florida in Key Largo. Dr. Skinner received a number of environmental awards for her initiative in protecting the marine resources of southeast Florida.