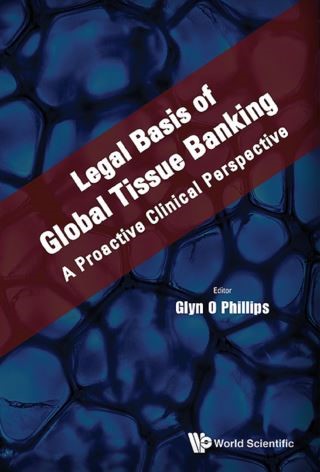 The banking of human tissues for clinical transplantation has grown exponentially in the past 10-15 years. Tissue banks have been set up throughout the world, initially on an ad hoc basis. More recently these have grown and in many countries have linked up with larger international companies. While standards for the procurement, processing and storage of the tissues have kept pace with the growth of the subject, this is not so with the legal considerations associated with the practice. There is no unified legal system which is internationally operated. Europe, USA, Asia, Latin America, China have been developing legal systems on an individual basis.

This book describes the present state of the development of laws to control and make the banking and use of tissues legal and safe. It describes, for the first time, the current systems which are used throughout the world and points the way to setting up a harmonized global legal system.