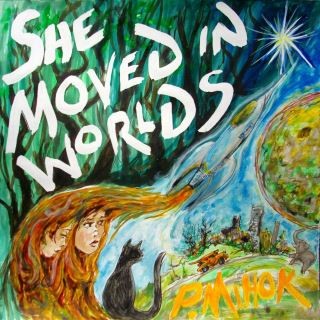 She Moved In Worlds

A woman living her version of independence in a future land is attacked by ancient, but still deadly, battle machines. Cast from her destroyed home, she finds purpose in a quest for something lost, uniting with a fellow refugee to try to find what forces are shattering their world. But after fearsome adventures in lost cities they are torn asunder. In subterranean and ancient ruins is found unexpected romance, but also horror and tragedy. In mountainous wastelands, strange friendships and courageous travail. As ironic twists and turns of events take the two friends ever farther apart, they reveal surprising truths. Triumph against deadly forces is joined with downfall, and the solution, when it comes, is a convergence neither would have dreamed.