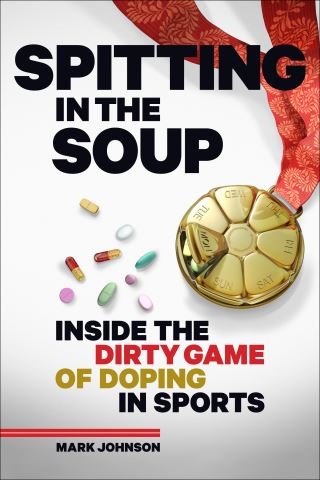 Spitting in the Soup

Inside the Dirty Game of Doping in Sports

Doping is as old as organized sports. From baseball to horse racing, cycling to track and field, drugs have been used to enhance performance for 150 years. For much of that time, doping to do better was expected. It was doping to throw a game that stirred outrage.

Today, though, athletes are vilified for using performance-enhancing drugs. Damned as moral deviants who shred the fair-play fabric, dopers are an affront to the athletes who don’t take shortcuts.

But this tidy view swindles sports fans. While we may want the world sorted into villains and victims, putting the blame on athletes alone ignores decades of history in which teams, coaches, governments, the media, scientists, sponsors, sports federations, and even spectators have played a role. The truth about doping in sports is messy and shocking because it holds a mirror to our own reluctance to spit in the soup—that is, to tell the truth about the spectacle we crave.

In Spitting in the Soup, sports journalist Mark Johnson explores how the deals made behind closed doors keep drugs in sports. Johnson unwinds the doping culture from the early days, when pills meant progress, and uncovers the complex relationships that underlie elite sports culture—the essence of which is not to play fair but to push the boundaries of human performance.

It’s easy to assume that drugs in sports have always been frowned upon, but that’s not true. Drugs in sports are old. It’s banning drugs in sports that is new. Spitting in the Soup offers a bitingly honest, clear-eyed look at why that’s so, and what it will take to kick pills out of the locker room once and for all.

Mark Johnson is a sportswriter and sports photographer. He has covered cycling and endurance sports as a writer and photographer since the 1980s. His work often focuses on the business of pro cycling—a topic that frequently intersects with the sport’s long history of doping. Along with U.S. publications like VeloNews and Road, his work is published in Cycling Weekly in the UK, Velo in France, Ride Cycling Review and CyclingNews in Australia as well as general-interest publications including the Wall Street Journal. VeloPress published Johnson’s first book, Argyle Armada: Behind the Scenes of the Pro Cycling Life, for which Johnson was embedded for a year with the Garmin-Cervélo professional cycling team. A category II road cyclist, Mark has also bicycled across the United States twice and completed an Ironman triathlon. A graduate of the University of California, San Diego, the author also has an MA and PhD in English Literature from Boston University. His other passion is surfing, which he does frequently from the home he shares with his wife and two sons in Del Mar, California.