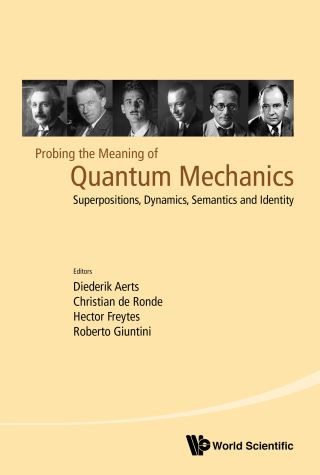 This book provides an interdisciplinary approach to one of the most fascinating and important open questions in science: What is quantum mechanics really talking about? In the last decades quantum mechanics has given rise to a new quantum technological era, a revolution taking place today especially within the field of quantum information processing; which goes from quantum teleportation and cryptography to quantum computation. Quantum theory is probably our best confirmed physical theory. However, in spite of its great empirical effectiveness it stands today still without a universally accepted physical representation that allows us to understand its relation to the world and reality.

The novelty of the book comes from the multiple perspectives put forward by top researchers in quantum mechanics, from Europe as well as North and South America, discussing the meaning and structure of the theory of quanta. The book comprises in a balanced manner physical, philosophical, logical and mathematical approaches to quantum mechanics and quantum information. Going from quantum superpositions and entanglement to dynamics and the problem of identity; from quantum logic, computation and quasi-set theory to the category approach and teleportation; from realism and empiricism to operationalism and instrumentalism; the book considers from different angles some of the most intriguing questions in the field.

From Buenos Aires to Brussels and Cagliari, from Florence to Florianópolis, the interaction between different groups is reflected in the many different articles. This book is interesting not only to the specialists but also to the general public attempting to get a grasp on some of the most fundamental questions of present quantum physics.

Contents:
Readership: University students and researchers interested in the foundation of quantum mechanics.