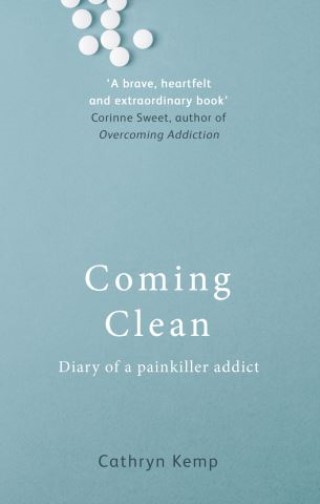 Diary of a Painkiller Addict

What if the drugs that were meant to cure you slowly started to kill you?

After falling dangerously ill with acute-on-chronic pancreatitis, Cathryn Kemp left hospital with a repeat prescription for fentanyl, a painkiller 100 times stronger than heroin.

Within two years she was taking almost ten times the NHS maximum daily dose - all on prescription - and her life began to spiral out of control. Cathryn discovered she had just three months to live, unless she gave up the drug she clung to so desperately.

After selling everything she owned and checking into rehab, Cathryn was told by the doctors that recovery was highly unlikely. Yet to everyone's amazement, she proved them wrong.

Coming Clean is a poignant, vivid and honest memoir of a woman's struggle with, and subsequent victory over, her demons. It is a love story, a horror story, a survival story, and one that shows the very real dangers of the over-prescription of painkillers.