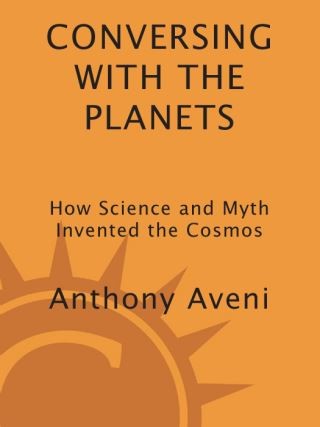 Conversing with the Planets

How Science and Myth Invented the Cosmos

An award-winning professor takes readers on a guided tour of the stunning celestial discoveries of past cultures. Interweaving the astronomy, mythology, and anthropology of ancient peoples, Aveni shows how to discover the harmony between their beliefs and their study of the sky through naked-eye observations.

From CHAPTER ONE:
"My tales of Venus and Mars, squash and corn, are designed to entice the reader away from some of the widely held notions about the discovery and exploration of nature that are ingrained in modern culture. I want us to walk some worthwhile paths that are not so well trod."

Anthony Aveni: Anthony Aveni is the Russell Colgate Distinguished Professor of Astronomy and Anthropology and Native American Studies at Colgate University. He is the author of numerous articles and books, including Ancient Astronomers and Behind the Crystal Ball: Magic, Science, and the Occult from Antiquity Through the New Age.