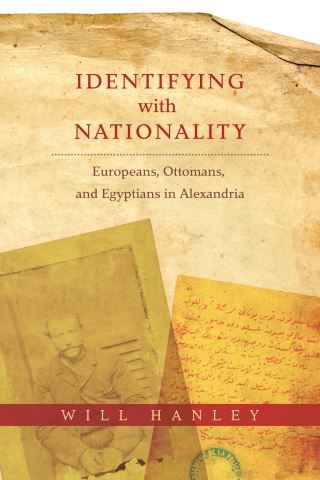 Europeans, Ottomans, and Egyptians in Alexandria

Nationality is the most important legal mechanism sorting and classifying the world's population today. An individual's place of birth or naturalization determines where he or she can and cannot be and what he or she can and cannot do. Although this system may appear universal, even natural, Will Hanley shows that it arose just a century ago. In Identifying with Nationality, he uses the Mediterranean city of Alexandria to develop a genealogy of the nation and the formation of the modern national subject.

Alexandria in 1880 was an immigrant boomtown ruled by dozens of overlapping regimes. On its streets and in its police stations and courtrooms, people were identified by name, occupation, place of origin, sect, physical description, and other attributes. Yet by 1914, before nationalist calls for independence and decolonization had become widespread, nationality had become the defining category of identification, and nationality laws came to govern Alexandria's population. Identifying with Nationality traces the advent of modern citizenship to multinational, transimperial settings such as turn-of-the-century colonial Alexandria, where ordinary people abandoned old identifiers and grasped nationality as the best means to access the protections promised by expanding states. The result was a system that continues to define and divide people through status, mobility, and residency.