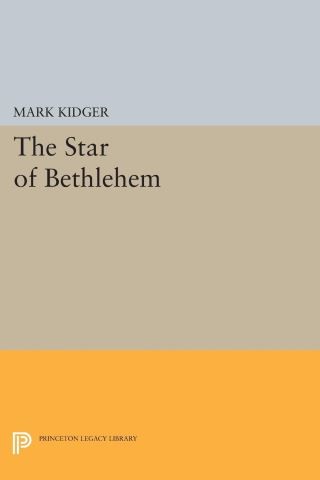 The Star of Bethlehem

Two thousand years ago, according to the Bible, a star rose low in the east and stopped high above Bethlehem. Was it a miracle, a sign from God to herald the birth of Christ? Was there a star at all, or was it simply added to the Bible to fulfill the Old Testament prophecy concerning the birth of the Messiah? Or was the Star of Bethlehem an actual astronomical event? For hundreds of years, astronomers as prominent as Johannes Kepler have sought an answer to this last baffling question. In The Star of Bethlehem, Mark Kidger brings all the tools of modern science, years of historical research, and an infectious spirit of inquiry to bear on the mystery. He sifts through an astonishing variety of ideas, evidence, and information--including Babylonian sky charts, medieval paintings, data from space probes, and even calculations about the speed of a camel--to present a graceful, original, and scientifically compelling account of what it may have been that illuminated the night skies two millennia ago. Kidger begins with the stories of early Christians, comparing Matthew's tale of the Star and the three Magi who followed it to Bethlehem with lesser-known accounts excluded from the Bible. Crucially, Kidger follows the latest biblical scholarship in placing Christ's birth between 7 and 5 B.C., which leads him to reject various phenomena that other scientists have proposed as the Star. In clear, colorful prose, he then leads us through the arguments for and against the remaining astronomical candidates. Could the Star have been Venus? What about a meteor or a rare type of meteor shower? Could it have been Halley's Comet, as featured in Giotto's famous painting of the Nativity? Or, as Kidger suspects, was the Star a combination of events--a nova recorded in ancient Chinese and Korean manuscripts preceded by a series of other events, including an unusual triple conjunction of planets?

The Princeton Legacy Library uses the latest print-on-demand technology to again make available previously out-of-print books from the distinguished backlist of Princeton University Press. These editions preserve the original texts of these important books while presenting them in durable paperback and hardcover editions. The goal of the Princeton Legacy Library is to vastly increase access to the rich scholarly heritage found in the thousands of books published by Princeton University Press since its founding in 1905.