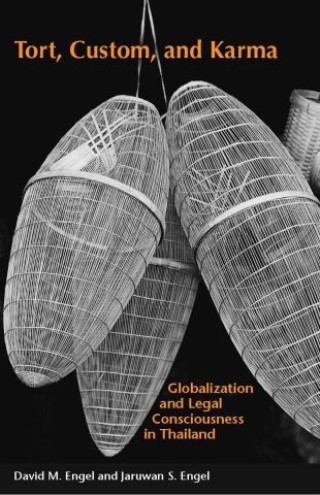 Globalization and Legal Consciousness in Thailand

Diverse societies are now connected by globalization, but how do ordinary people feel about law as they cope day-to-day with a transformed world? Tort, Custom, and Karma examines how rapid societal changes, economic development, and integration into global markets have affected ordinary people's perceptions of law, with a special focus on the narratives of men and women who have suffered serious injuries in the province of Chiangmai, Thailand. This work embraces neither the conventional view that increasing global connections spread the spirit of liberal legalism, nor its antithesis that backlash to interconnection leads to ideologies such as religious fundamentalism. Instead, it looks specifically at how a person's changing ideas of community, legal justice, and religious belief in turn transform the role of law particularly as a viable form of redress for injury. This revealing look at fundamental shifts in the interconnections between globalization, state law, and customary practices uncovers a pattern of increasing remoteness from law that deserves immediate attention.