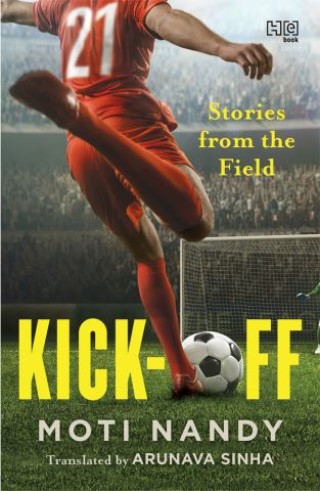 Stories from the Field

EIGHT STORIES THAT CHAMPION THE SPIRIT OF A SPORT LIKE NO OTHER A young footballer struggles to make his mark even as he fights, the ruthless exploitation of local football clubs, his family?s strained financial circumstances and the humiliation of being the son of a man accused of deliberately throwing a winning goal in a long-ago match. A veteran player with an eclectic record prepares to play the final game of his career. A former star footballer battling grave illness relives the days of exhilarating wins and frustrating rivalries that sustain his spirit. And, on a turf slightly removed from the football field, a sportsman?s obsession over justice being done to a wronged fellow player leads him into penury. Featuring the acclaimed novellas Striker and Stopper, and all of Moti Nandy?s football-related short stories, this collection captures the heady highs and crushing lows, the heroism ? and the ignominy ? of sport.