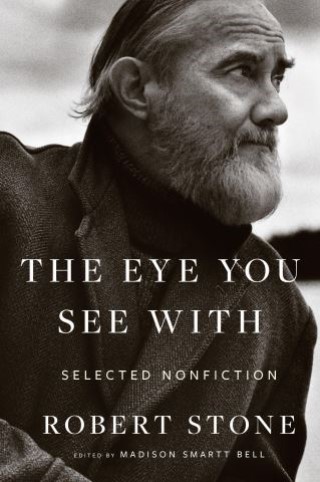 The Eye You See With

ROBERT STONE (1937–2015) was the acclaimed author of eight novels and two story collections, including Dog Soldiers, winner of the National Book Award, and Bear and His Daughter, a finalist for the Pulitzer Prize. His memoir, Prime Green, was published in 2007.

MADISON SMARTT BELLis the author of thirteen novels, including All Soul’s Rising, which was a finalist for the National Book Award and the PEN/Faulkner Award, and two short story collections. In 2008 he received the Strauss Living Award from the American Academy of Arts and Letters. He is currently Professor of English at Groucher College and lives in Baltimore, Maryland.