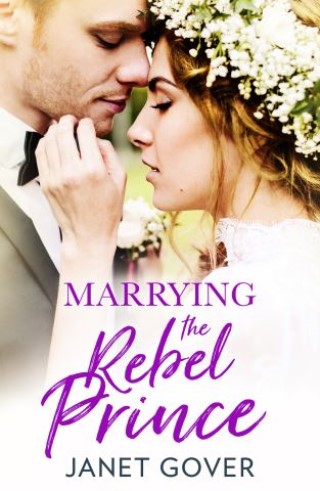 Fall in love with a royal this spring in Marrying the Rebel Prince – perfect for fans of happy-ever-afters and anyone who loved watching Harry and Meghan say I do…A prince who’s used to getting his way…His Royal Highness Prince Nicolas Verbier d’Arennes has a reputation. His come-to-bed eyes, tousled fiery hair and regal credentials make him one of the world’s most notorious bachelors. Because, much to the royal household’s despair, the prince refuses to settle down.…meets a woman who refuses to be charmed! Artist Lauren Phelps is painting the prince’s portrait and vows to be professional – even if the prospect of spending hours gazing at a man so handsome it should be illegal is a bit daunting. Still, with her bright blue hair and her outspoken opinions of His Royal Highness’s behaviour, Lauren knows there’s no danger of Nicolas using his infamous charms on her!But what Lauren doesn’t know is that, if there’s anything the rebel prince enjoys, it’s flouting convention to meet a challenge…