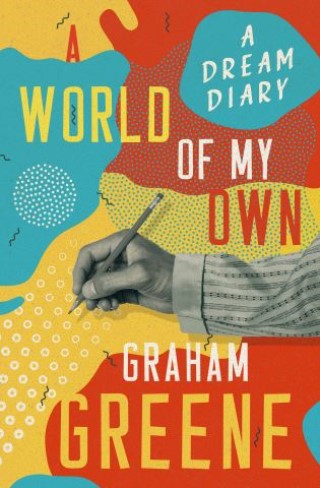 A World of My Own

The British author shares the “strange . . . inner layers of his playful, guilty imagination” in this glimpse into a brilliant novelist’s subconscious (The New York Times).

Culled from nearly eight hundred pages of the author’s “dream diaries” kept between 1965 and 1989, this singular journal reveals “the feverish inner life of an intensely private man, providing an uncanny mirror-image of [his] novelistic obsessions, insecurities, and moral preoccupations” (Publishers Weekly).

In what Greene calls My Own World—as opposed to the Common World of shared reality—he accompanies Henry James on a disagreeable riverboat trip to Bogota, is caught in a guerilla crossfire with Evelyn Waugh and W. H. Auden, strolls in the Vatican garden with Pope John Paul II who’s doling out Perugina chocolates like hosts, offers refuge to a suicidal Charlie Chaplin, and stages a disastrous play in blank verse for Elizabeth Taylor and Richard Burton. He also shares his headspace with Goebbels, Castro, Cocteau, Queen Elizabeth, D. H. Lawrence, and talking kittens. And the landscape is just as wide: from Nazi Germany to Haiti to West Africa to Bethlehem 1 AD and to Sweden where he seeks treatment for leprosy. Greene is a criminal, spy, lover, assassin, witness, and writer.

Encompassing life, death, war, feuds, and career, and alternately absurdist, frightening, funny, and revealing, these fertile imaginings—many of which found their way into Greene’s fiction—comprise nothing less than “an alternate autobiography . . . a uniquely candid self-portrait” of one of the giants of English literature (Kirkus Reviews).

Graham Greene:
Graham Greene (1904–1991) is recognized as one of the most important writers of the twentieth century, achieving both literary acclaim and popular success. His best known works include Brighton Rock, The Heart of the Matter, The Quiet American, and The Power and the Glory. After leaving Oxford, Greene first pursued a career in journalism before dedicating himself full-time to writing with his first big success, Stamboul Train. He became involved in screenwriting and wrote adaptations for the cinema as well as original screenplays, the most successful being The Third Man. Religious, moral, and political themes are at the root of much of his work, and throughout his life he traveled to some of the wildest and most volatile parts of the world, which provided settings for his fiction. Greene was a member of the Order of Merit and a Companion of Honour.