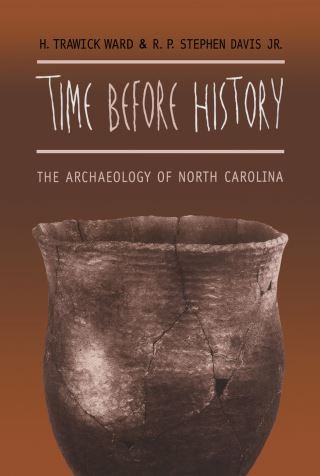 The Archaeology of North Carolina

North Carolina's written history begins in the sixteenth century with the voyages of Sir Walter Raleigh and the founding of the ill-fated Lost Colony on Roanoke Island. But there is a deeper, unwritten past that predates the state's recorded history. The region we now know as North Carolina was settled more than 10,000 years ago, but because early inhabitants left no written record, their story must be painstakingly reconstructed from the fragmentary and fragile archaeological record they left behind.

Time before History is the first comprehensive account of the archaeology of North Carolina. Weaving together a wealth of information gleaned from archaeological excavations and surveys carried out across the state--from the mountains to the coast--it presents a fascinating, readable narrative of the state's native past across a vast sweep of time, from the Paleo-Indian period, when the first immigrants to North America crossed a land bridge that spanned the Bering Strait, through the arrival of European traders and settlers in the sixteenth and seventeenth centuries.