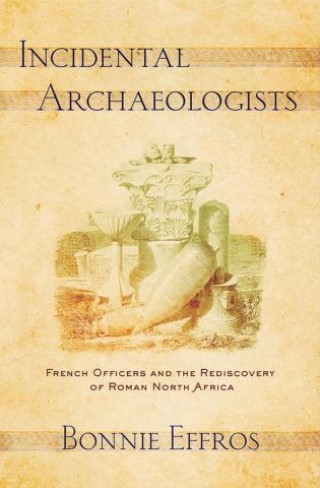 French Officers and the Rediscovery of Roman North Africa

In Incidental Archaeologists, Bonnie Effros examines the archaeological contributions of nineteenth-century French military officers, who, raised on classical accounts of warfare and often trained as cartographers, developed an interest in the Roman remains they encountered when commissioned in the colony of Algeria. By linking the study of the Roman past to French triumphant narratives of the conquest and occupation of the Maghreb, Effros demonstrates how Roman archaeology in the forty years following the conquest of the Ottoman Regencies of Algiers and Constantine in the 1830s helped lay the groundwork for the creation of a new identity for French military and civilian settlers.

Effros uses France’s violent colonial war, its efforts to document the ancient Roman past, and its brutal treatment of the region’s Arab and Berber inhabitants to underline the close entanglement of knowledge production with European imperialism. Significantly, Incidental Archaeologists shows how the French experience in Algeria contributed to the professionalization of archaeology in metropolitan France.

Effros demonstrates how the archaeological expeditions undertaken by the French in Algeria and the documentation they collected of ancient Roman military accomplishments reflected French confidence that they would learn from Rome’s technological accomplishments and succeed, where the Romans had failed, in mastering the region.