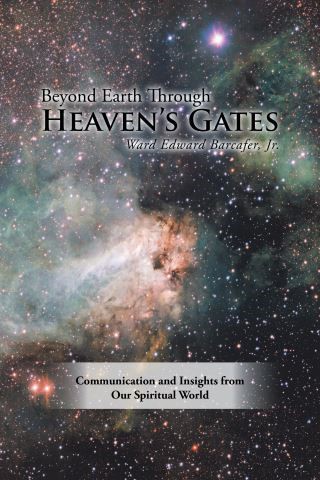 Beyond Earth Through Heaven’S Gates

Communication and Insights from Our Spiritual World

Ward Barcafer Jr. was naturally filled with grief and desolation after Suzette, his wife of thirty-three years passed away following a brain tumor operation. Certain he would never see or hear from her again, Ward was shocked when, on the second night after her death, he began receiving inexplicable manifestations and signs from her. After five floodlights in his ceiling began flashing at a tremendous speed, Ward reveals how he set out on a journey to seek insight and answers about after-death communication, spirit guides, and life after death as it unfolds in a new realm. Ward relies on a series of handwritten journals that recorded dramatic occurrences over several months and eye-opening communications from his spirit guides to share personal experiences with others that confirms it is possible to communicate with departed loved ones and be comforted by the fact that they have moved on to a joyful, loving, and renewed life in heaven. Beyond Earth Through Heavens Gates reveals a widowers poignant experiences after he discovered his ability to communicate with his beloved deceased wife through a series of signs and messages.