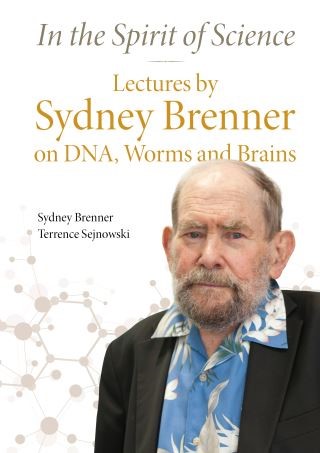 In the Spirit of Science

Lectures by Sydney Brenner on DNA, Worms and Brains

In October 2017, Nobel laureate Sydney Brenner (Physiology or Medicine, 2002) gave four lectures on the history of Molecular Biology, its impact on Neuroscience and the great scientific questions that lie ahead.

Sydney Brenner has been at the centre of the development of molecular biology, being a key player in shaping the Laboratory for Molecular Biology in Cambridge into a cradle of research, where pioneering and seminal discoveries in the field for over half a century have resulted in more than half a dozen Nobel Prizes.

His memory is a treasure trove of the history of the field with innumerable anecdotes on other leading scientists in the past 60 years. These lectures trace the history and recount some of those anecdotes. His interlocutor Terry Sejnowski is the Francis Crick professor at the Salk Institute for Biological Studies and the Laboratory Head of its Computational Neurobiology Laboratory. Terry and Sydney are long-term collaborators and they share many stories and memories.

The recorded lectures are the basis for this book. It aims to preserve the history of molecular biology and to also raise scientific questions that have resulted from the work of Sydney, Terry and others. It should be read by everybody who is interested in the generation, history and impact of great ideas as recounted by one of the legends of 20th century science.

Readership: All students and researchers in molecular biology and related areas.