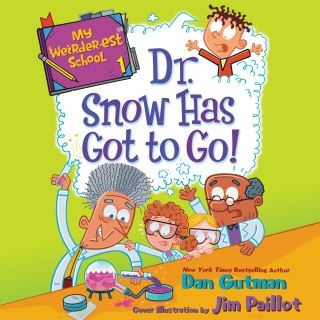 With more than 23 million books sold, the My Weird School series really gets kids reading!

In this first book in the My Weirder-est School series, Ella Mentry School is having a science fair!

Guest scientist Dr. Snow has arrived to help A.J. and his friends conduct their own cool experiments. But what is “the Snowman” really planning? And what does S.T.E.M. even stand for, anyway?

Perfect for reluctant readers and all kids hungry for funny school stories, Dan Gutman’s hugely popular My Weird School chapter book series has something for everyone. Don’t miss the hilarious adventures of A.J. and the gang!