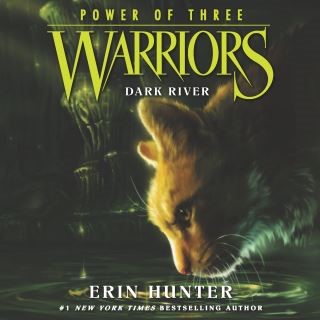 The second book in this third series, Warriors: Power of Three #2: Dark River, brings more adventure, intrigue, and thrilling battles to the epic world of the warrior Clans.

Lionpaw, Hollypaw, and Jaypaw, grandchildren of the Clan leader Firestar, are thriving as ThunderClan apprentices. Yet their new responsibilities bring new dangers, and each young cat is about to discover darkness: in the past, in the Clans—and in themselves.

Erin Hunter is inspired by a love of cats and a fascination with the ferocity of the natural world. In addition to having great respect for nature in all its forms, Erin enjoys creating rich mythical explanations for animal behavior. She is also the author of the Seekers, Survivors, and Bravelands series.