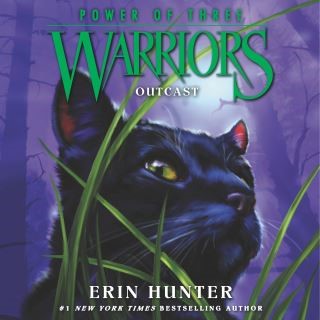 The third book in this third series, Warriors: Power of Three #3: Outcast, brings more adventure, intrigue, and thrilling battles to the epic world of the warrior Clans.

A secret prophecy shapes the lives of Firestar's grandchildren, and Jaypaw believes that the cats of the ancient Tribe of Rushing Water may hold the key. But when he, Hollypaw, and Lionpaw travel to the Tribe's mountain home, they may discover secrets they never expected.

Erin Hunter is inspired by a love of cats and a fascination with the ferocity of the natural world. In addition to having great respect for nature in all its forms, Erin enjoys creating rich mythical explanations for animal behavior. She is also the author of the Seekers, Survivors, and Bravelands series.