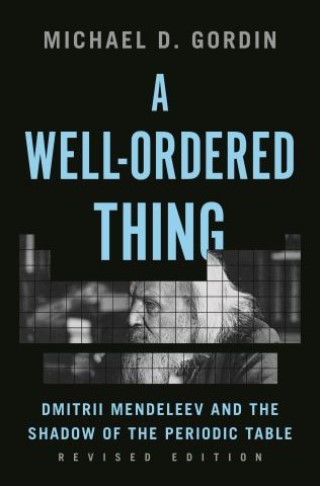 Dmitrii Mendeleev and the Shadow of the Periodic Table, Revised Edition

Dmitrii Mendeleev (1834–1907) is a name we recognize, but perhaps only as the creator of the periodic table of elements. Generally, little else has been known about him. A Well-Ordered Thing is an authoritative biography of Mendeleev that draws a multifaceted portrait of his life for the first time. As Michael Gordin reveals, Mendeleev was not only a luminary in the history of science, he was also an astonishingly wide-ranging political and cultural figure. From his attack on Spiritualism to his failed voyage to the Arctic and his near-mythical hot-air balloon trip, this is the story of an extraordinary maverick. The ideals that shaped his work outside science also led Mendeleev to order the elements and, eventually, to engineer one of the most fascinating scientific developments of the nineteenth century. A Well-Ordered Thing is a classic work that tells the story of one of the world’s most important minds.