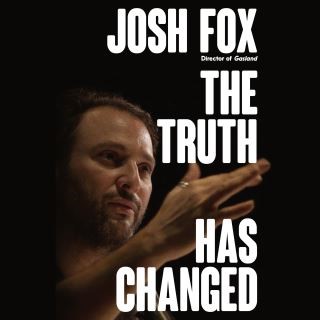 The Truth Has Changed

The Emmy Award–winning creator of GASLAND tells his intimate and damning, personal story of our world in crisis. With a foreword by Bill McKibben.

In The Truth Has Changed, Josh Fox turns the rapid-fire shocks that are remaking the very fabric of our lives—writing as a first responder, a reporter, a documentarian, and an activist—into art, literature, and at least one answer to the question of what the future holds.

Josh Fox has had a front row seat—a first responder after 9/11, filming the Deepwater Horizon spill close up from the air and on the ground, a member of Bernie Sanders’s delegation of the Democratic Platform Committee, risking his life to cross a bridge on Thanksgiving Day at Standing Rock, traveling the nation and the world, shooting his films, talking to people everywhere he goes.

The Truth Has Changed is his first book, the companion to his new one-man show of the same title, and it’s beautiful.