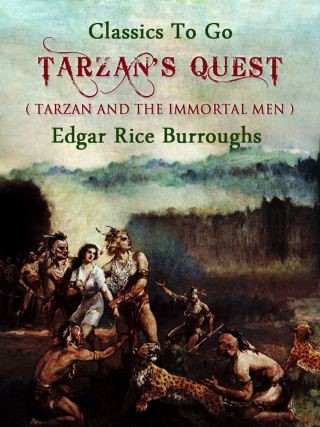 Tarzan's wife Jane (her first appearance since Tarzan and the Ant Men and also her last as a major character in the series), becomes involved in a search for a bloodthirsty lost tribe reputed to possess an immortality drug. Also drawn in are Tarzan and his monkey companion, little Nkima, and Chief Muviro and his faithful Waziri warriors, who are searching for Muviro's lost daughter Buira. Nkima's vital contribution to the adventure is recognised when he is made a recipient of the immortality treatment along with the human protagonists at the end of the novel. (Wikipedia)