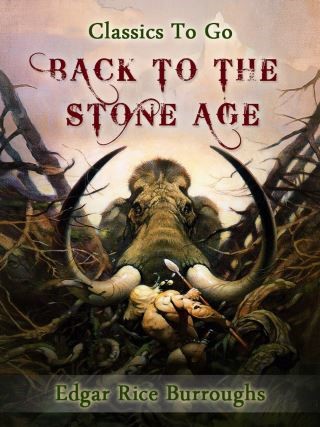 Back to the Stone Age

The story reveals the fate of Wilhelm von Horst, the lost member of the previous book’s outer world expedition to Pellucidar, which had been led by Jason Gridley and Tarzan to rescue Pellucidarian emperor David Innes from the Korsars. The action begins by recapping the incident in which Gridley, von Horst, and Tarzan’s Waziri warriors, led by Muviro, are caught up in and separated by a horde of sabre-toothed tigers’ cooperative hunt. Now on his own, von Horst quickly becomes lost, links up again with the Waziri by accident, and gets lost again when he foolishly goes out hunting on his own. (Wikipedia)