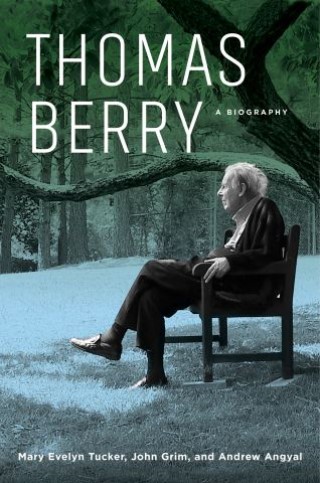 Thomas Berry (1914–2009) was one of the twentieth century’s most prescient and profound thinkers. As a cultural historian, he sought a broader perspective on humanity’s relationship to the earth in order to respond to the ecological and social challenges of our times. This first biography of Berry illuminates his remarkable vision and its continuing relevance for achieving transformative social change and environmental renewal.

Berry began his studies in Western history and religions and then expanded to include Asian and indigenous religions, which he taught at Fordham University, Barnard College, and Columbia University. Drawing on his explorations of history, he came to see the evolutionary process as a story that could help restore the continuity of humans with the natural world. Berry urged humans to recognize their place on a planet with complex ecosystems in a vast, evolving universe. He sought to replace the modern alienation from nature with a sense of intimacy and responsibility. Berry called for new forms of ecological education, law, and spirituality, as well as the creation of resilient agricultural systems, bioregions, and ecocities. At a time of growing environmental crisis, this biography shows the ongoing significance of Berry’s conception of human interdependence with the earth as part of the unfolding journey of the universe.