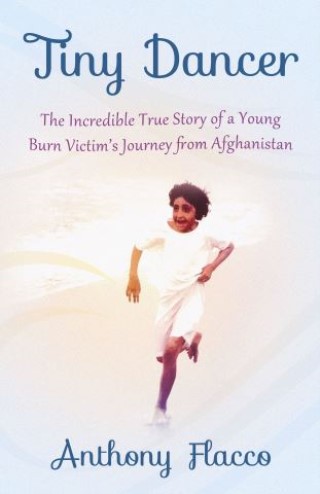 The astonishing story of a brave little girl from Afghanistan who not only survived horrific disfiguring burns, but was given a second chance at life.

Tiny Dancer is the amazing true story of Zubaida Hasan, a nine-year-old girl from the remote deserts of Afghanistan, who, in the summer of 2001, accidentally fell into a kerosene fire while heating water for a bath. Though she was horribly mutilated, her father refused to give up and exhaustively sought help to save his child.

When an American Green Beret soldier by chance sees Zubaida and her father on the street, he decides he must get involved. With assistance from many members of the US military, little Zubaida is given a second chance at life. She is flown to Los Angeles to begin a two-year journey through a series of surgeries performed by famed burn surgeon Dr. Peter Grossman. He and his wife, Rebecca, eventually take the child into their own home. This is a heartfelt and inspiring story of incredible courage equally matched by incredible kindness.

“Flacco’s depiction of Zubaida’s culture shock is remarkable. [His] empathy and ability to tell Zubaida’s story like he’s inside her head makes for an engrossing feel-good read.” —Publishers Weekly