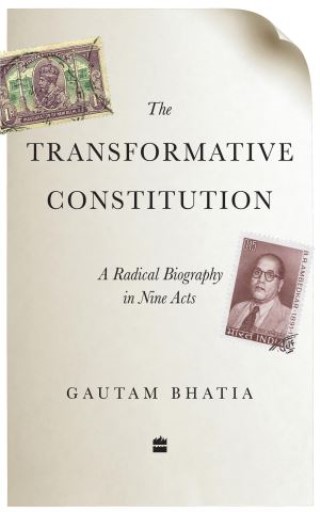 The Transformative Constitution: A Radical Biography in Nine Acts

| SHORTLISTED FOR THE TATA LITERATURE LIVE NON-FICTION BOOK OF THE YEAR 2019 | We think of the Indian Constitution as a founding document, embodying a moment of profound transformation from being ruled to becoming a nation of free and equal citizenship. Yet the working of the Constitution over the last seven decades has often failed to fulfil that transformative promise. Not only have successive Parliaments failed to repeal colonial-era laws that are inconsistent with the principles of the Constitution, but constitutional challenges to these laws have also failed before the courts. Indeed, in numerous cases, the Supreme Court has used colonial-era laws to cut down or weaken the fundamental rights. The Transformative Constitution by Gautam Bhatia draws on pre-Independence legal and political history to argue that the Constitution was intended to transform not merely the political status of Indians from subjects to citizens, but also the social relationships on which legal and political structures rested. He advances a novel vision of the Constitution, and of constitutional interpretation, which is faithful to its text, structure and history, and above all to its overarching commitment to political and social transformation.

Gautam Bhatia: Gautam Bhatia is a constitutional law expert. He practises in New Delhi and is visiting faculty at a number of law schools. He has been involved in important contemporary constitutional cases, such as the challenge to criminal defamation and the right to privacy case. He is an alumnus of the National Law School of India University, the University of Oxford and the Yale Law School.