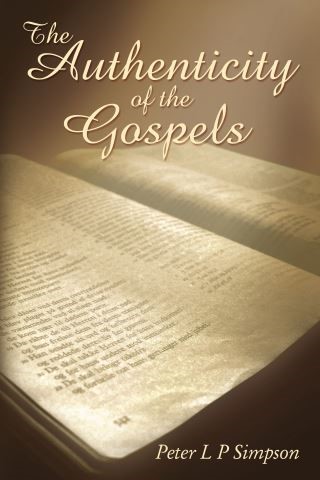 The Authenticity of the Gospels

That the Gospels are the writings of their traditional Apostolic authors was long held to be settled truth. It was also long held that Matthew was first and as early as the 40sAD, followed by Mark and Luke, and lastly by John, and that all were written before about 70AD. These views have been doubted or denied by New Testament scholars from about the end of the 18thCentury. The dominant view is that the Gospels were not written by eyewitnesses, though they depend on material that may go back to eyewitnesses. Mark is said to have been written first and not much before 70AD. Matthew and Luke are later and depend on Mark and some unknown sources. John is last, follows an independent tradition, and could be as late as 100AD.

The reason for this change of views is the so-called historical critical method, which claims to be scientific and up to date in literary criticism and the detection of different temporal layers in written texts. The method also assumes that reports of miracles and other supernatural phenomena are not historical but later inventions added for religious purposes.

This book shows that the historical critical method is not historical or critical or even a method. For the method assumes but cannot prove that supernatural happenings are unhistorical; it ignores the historical evidence about the origin and authorship of the Gospels; its literary criticism is unimaginative and its application of it to questions of dating arbitrary. There is no reason to accept its results as well founded or even believable. The traditional dating and authorship of the Gospels is the only account that makes sense.

Nevertheless, elements of the historical critical method have a legitimate use if they are applied fairly and taken along with the historical evidence and the fact (well established by eyewitnesses) of supernatural realities. When these elements are so used they can be shown to give plausible and defensible accounts of the origin, in particular, of the Gospels of Mark and Luke, which, along with Matthew, show signs of dependence and overlap. If the historical evidence is taken seriously, and if literary criticism is applied fairly, a plausible account can be given of the origin in particular of the Gospel of Mark, of how it arose from the preaching of Peter relative to the older Gospel of Matthew and to the newer Gospel of Luke sponsored by the Apostle Paul.

This alternative account of the origins of Mark and Luke is a fine example of how historical evidence and literary criticism can be used to explain otherwise puzzling phenomena. This account is perhaps not the only one to save all the phenomena. But it shows how the traditional authorship and dating of the Gospels, contrary to the historical critical method, make excellent sense of all the phenomena: literary, historical, and rational. The traditional view about the Gospels is the only sensible view to adopt.

Peter L P Simpson was trained in Classical Languages and Philosophy and has taught both at the college level for many years. He has written books in philosophy and on the analysis of historical texts in philosophy. Born and educated in the UK, he has been a citizen of the US for over 20 years.