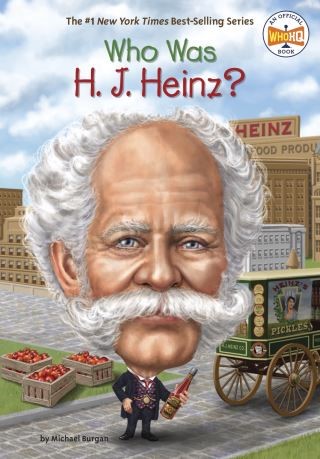 Who HQ has way more than 57 reasons why you'll want to read the amazing story of H. J. Heinz--the American entrepreneur who brought tomato ketchup to the masses.

Learn how this son of German immigrants from Pittsburgh, Pennsylvania, turned his small food-packaging company into a booming business known for its fair treatment of workers and pioneering safe food preparation standards. This American success story follows Heinz from his early days as a pickle and vinegar merchant in the 1800s to the name behind the nation's number-one brand of ketchup. The name that's on everyone's lips is now part of the Who Was? series.

Michael Burgan: Michael Burgan has written more than two dozen biographies for young readers, including Who Is Richard Branson?, Who Was Henry Ford?, and Who Was Theodore Roosevelt?.