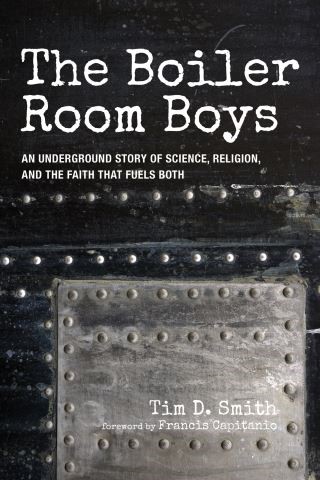 An Underground Story of Science, Religion, and the Faith that Fuels Both

In The Boiler Room Boys: An Underground Story of Science, Religion, and the Faith that Fuels Both, Tim Smith describes how from too-young an age he followed two seemingly alternate paths, religion and science, only to find that they are not alternate at all. His so-called "yellow brick road" began with a group of boys meeting independently in his grade school's boiler room. Conflicting teaching by religious and scientific fundamentalists led him toward a PhD in biomathematics and toward atheism. His attraction to theology and philosophy and the events of his life drew his path back toward the connection between science and his childhood Christianity. However, it wasn't the intellectual pursuits that showed him the nature of God. Rather, it was life's experiences that allowed him to hear God's voice and to sense God's spirit. In The Boiler Room Boys, Smith reconciles his faith in religion and science, describing how science and theology support one another. In doing so, he also identifies where he sees that both theology and science have taken bad turns that get in the way of people young and old understanding and experiencing the world as it really is. There are many questions that couldn't be addressed in The Boiler Room Boys, questions that Smith continues to write about from his own boiler room (www.theboilerroomboys.com).