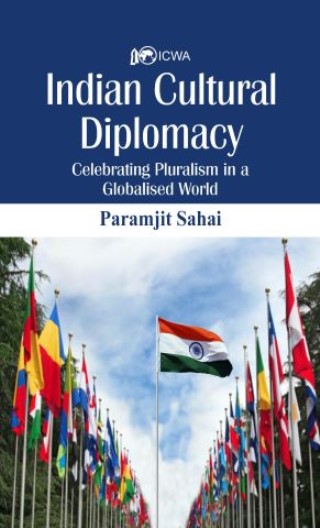 Celebrating Pluralism in a Globalised World

The Book is a window on Indian cultural diplomacy, which is set against the backdrop of its ethos of 'Vasudhaiva Kutumbakam' (The World is a Family). It is pivoted to the 'Idea of India' that gets manifested through acceptance of diversity and celebration of pluralism. The Book in 15 chapters under 8 sections provides a comprehensive picture on the concept of cultural diplomacy; its relationship with public diplomacy and soft power; its place in the diplomatic architecture and its growing centrality. Unlike soft power, cultural diplomacy is not in the paradigm of power. The Book also provides an in depth study on the origins and evolution of Indian cultural diplomacy over the years. It reviews the role of the Ministries of Culture and External Affairs and the Indian Council for Cultural Relations (ICCR). It examines various instrumentalities, such as Cultural Agreements, Festivals of India, Cultural Centres and Chairs of Indian Studies, used by India, to achieve its objectives. The role played by Education, Media and Diaspora, as bridge builders is evaluated. The Book peeps into global cultural hubs, like the Smithsonian Institution in Washington DC and the working of cultural diplomacy at grassroots level at Chandigarh and Chicago. Two chapters in the Book look at the operation of cultural diplomacy in the Indian diplomatic missions and foreign diplomatic missions in India. This adds a practical dimension to the conceptual framework, as seen by practitioners of diplomacy. The final chapter provides an overview on the existing reality. A section on 'The Way Ahead' makes a number of practical recommendations in five clusters, to take cultural diplomacy to a higher plateau. Finally, it raises a set of pertinent issues and points for consideration by theoreticians and practitioners of cultural diplomacy. The Book would serve as a useful reference point for further studies, as it fills the existing void in the literature on cultural diplomacy.