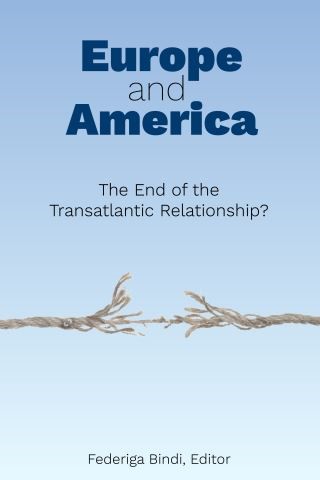 The End of the Transatlantic Relationship?

Foreign policy is like physics: vacuums quickly fill. As the United States retreats from the international order it helped put in place and maintain since the end of World War II, Russia is rapidly filling the vacuum. Federiga Bindi’s new book assesses the consequences of this retreat for transatlantic relations and Europe, showing how the current path of US foreign policy is leading to isolation and a sharp decrease of US influence in international relations.

Transatlantic relations reached a peak under President Barack Obama. But under the Trump administration, withdrawal from the global stage has caused irreparable damage to the transatlantic partnership and has propelled Europeans to act more independently. Europe and America explores this tumultuous path by examining the foreign policy of the United States, Russia, and the major European Union member states. The book highlights the consequences of US retreat for transatlantic relations and Europe, demonstrating that America first is becoming America alone, perhaps marking the end of transatlantic relations as we know it, with Europe no longer beholden to the US national interest.