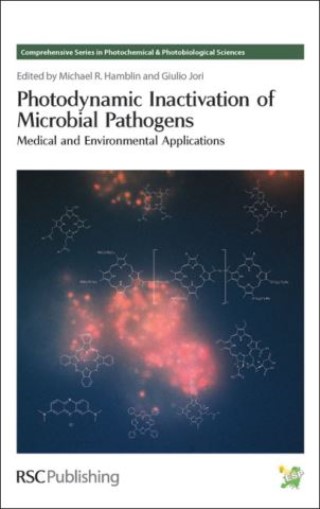 Photodynamic therapy (PDT) was discovered over one hundred years ago after observing the death of microorganisms upon exposure to dyes and light. It is the combination of non-toxic dyes and harmless visible light that, in the presence of oxygen, produce highly toxic reactive species. The principal medical application during the last century was in cancer therapy but, in these days of rising antibiotic resistance, PDT shows increasing promise as an alternative approach to treating infections. PDT has also been used in blood product sterilization, peridontology, acne reduction, and the treatment of viral lesions such as those caused by human papilloma virus. It may also have potential as an environmentally friendly pesticide. This is the first and only book to comprehensively cover the use of light and photosensitising agents for controlling microbial pathogens. It provides a comprehensive and up-to-date coverage of an emerging field. There are several chapters on the design of antimicrobial photosensitizers, their use to kill pathogenic organisms and their success in treating infections in animal models. It has long been known that gram-positive bacteria are highly susceptible to photoinactivation but the book also discusses means of widening the range of microorganisms that can be tackled by PDT. Edited by two pioneers in the application of PDT to medical and environmental issues, this book covers the basic science, translational research in animals, and the clinical applications in various medical specialities. It represents an indispensable resource for microbiologists and infectious disease doctors as well as dentists, dermatologists, gastroenterologists and transfusion specialists.