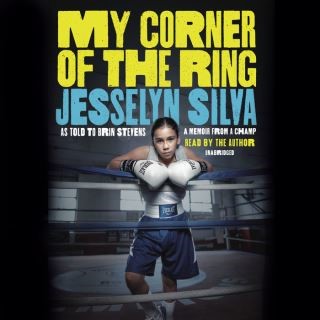 My Corner of the Ring

The Middle Grade Memoir of a Girl Boxer and Future Olympian.

In this Lean-In style inspirational memoir, twelve-year-old Jesselyn Silva offers a ringside seat to girl power and what it takes to win in the ring and in life: punch by punch. My Corner of the Ring shows kids what it means to be true to yourself and stick with your dreams even when facing adversity and ridicule. Supported by her single dad, Jesselyn (JessZilla in the ring) first donned her boxing gloves at seven years of age, making her one of very few female boxers in the country. My Corner of the Ring charts Jesselyn's oft times exhilarating and heartbreaking journey to success in a male dominated sport where she struggles to find partners to spar with and combats the viewpoint that no one wants to see a girl fight. Despite an inhospitable environment, Jesselyn still has her sights set on the Olympics. With the help of her very dad, Pedro, who has instilled in her a strong work ethic, she just might make it. It is an exciting and motivational read that will provide kids with the roadmap and encouragement to accomplish whatever goals they set for themselves. Jesselyn's positive can-do attitude and determination make this a must read.