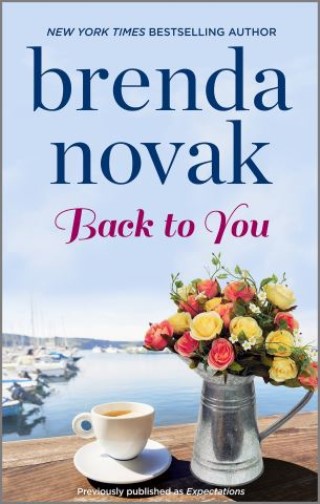 Originally published as Expectations, this charming story takes you back to where you first found love…

Jenna Livingston’s moved back to Mendocino with her eight-year-old son, where she’s living and working at the Victoriana Bed and Breakfast. It’s owned by the elderly Durhams - whose grandson, Adam, was her first love. And, in some ways, her last... But that was 15 years ago, before Adam abandoned her and his family for a successful career and a fast-track life in the big city.

When Adam and Jenna rediscover each other, he wants her back. But much as Jenna knows she could love him again, she also knows there are too many obstacles between them. Too much history. Too many expectations. And now…the future.

Originally published in 2000 under the title Expectations

Brenda Novak: New York Times bestselling author Brenda Novak has written over 60 novels. An eight-time Rita nominee, she's won The National Reader's Choice, The Bookseller's Best and other awards. She runs Brenda Novak for the Cure, a charity that has raised more than $2.5 million for diabetes research (her youngest son has this disease). She considers herself lucky to be a mother of five and married to the love of her life. www.brendanovak.com