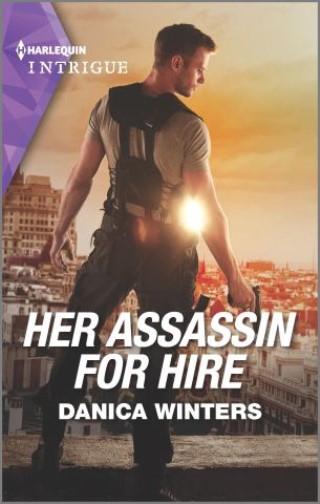 Her Assassin For Hire

He’ll do whatever it takes… and she knows it

Black ops assassin Eli Wayne may work for a company that cares only about money, but when Zoey Martin asks for his help following her brother’s disappearance, compensation is the last thing on his mind. With a multimillion-dollar bounty on Zoey’s brother’s head, though, they’ll have to fight to reach him before he’s killed—especially since Eli’s own company is after the money.

The Stealth series:
Hidden Truth
In His Sights
Her Assassin For Hire
Protective Operation

Danica Winters: Danica Winters is a bestselling author who has won multiple awards for writing books that grip readers with their ability to drive emotion through suspense and occasionally a touch of magic.
When she’s not working, she can be found in the wilds of Montana testing her patience while she tries to hone her skills at various crafts (quilting, pottery, and painting are not her areas of expertise). She always believes the cup is neither half full nor half empty, but it better be filled with wine.