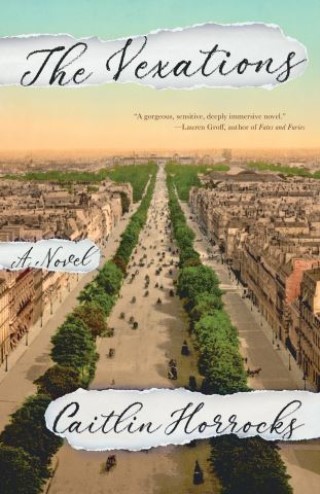 A WALL STREET JOURNAL TOP TEN BOOK OF THE YEAR
A "marvelous" (Wall Street Journal), "enthralling" (New York Times Book Review) debut novel about love, family, genius, and the madness of art, circling the life of eccentric composer Erik Satie and La Belle Époque Paris
Erik Satie begins life with every possible advantage. But after the dual blows of his mother's early death and his father's breakdown upend his childhood, Erik and his younger siblings -- Louise and Conrad -- are scattered. Later, as an ambitious young composer, Erik flings himself into the Parisian art scene, aiming for greatness but achieving only notoriety.
As the years, then decades, pass, he alienates those in his circle as often as he inspires them, lashing out at friends and lovers like Claude Debussy and Suzanne Valadon. Only Louise and Conrad are steadfast allies. Together they strive to maintain their faith in their brother's talent and hold fast the badly frayed threads of family. But in a journey that will take her from Normandy to Paris to Argentina, Louise is rocked by a severe loss that ultimately forces her into a reckoning with how Erik -- obsessed with his art and hungry for fame -- will never be the brother she's wished for.
With her buoyant, vivid reimagination of an iconic artist's eventful life, Caitlin Horrocks has written a captivating and ceaselessly entertaining novel about the tenacious bonds of family and the costs of greatness, both to ourselves and to those we love.