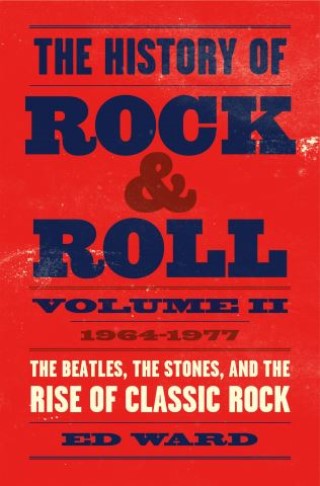 The History of Rock & Roll, Volume 2

From rock and roll historian Ed Ward comes a comprehensive, authoritative, and enthralling cultural history of one of rock's most exciting eras.

It's February 1964 and The Beatles just landed in New York City, where the NYPD, swarms of fans, and a crowd of two hundred journalists await their first American press conference. It begins with the question on everyone's mind: "Are you going to get a haircut in America?" and ends with a reporter tugging Paul McCartney's hair in an attempt to remove his nonexistent wig. This is where The History of Rock & Roll, Volume 2 kicks off. Chronicling the years 1964 through the mid-1970s, this latest volume covers one of the most exciting eras of rock history, which saw a massive outpouring of popular and cutting-edge music.

Ward weaves together an unputdownable narrative told through colorful anecdotes and shares the behind-the-scenes stories of the megastars, the trailblazers, DJs, record executives, concert promoters, and producers who were at the forefront of this incredible period in music history. From Bob Dylan to Bill Graham, Jimi Hendrix, Janis Joplin, The Byrds, Aretha Franklin, The Rolling Stones, and more, everyone's favorite musicians of the era make an appearance in this sweeping history that reveals how the different players, sounds, and trends came together to create the music we all know and love today.

Ed Ward: ED WARD was the rock-and-roll historian on Fresh Air for more than thirty years, reaching fourteen million listeners. Currently he is the cohost of the Let It Roll podcast. His writing has appeared in The New York Times, The Wall Street Journal, and countless music magazines. He is also the author of The History of Rock & Roll, Volume 1 and author of Michael Bloomfield: The Rise and Fall of an American Guitar Hero. He lives in Austin, Texas.