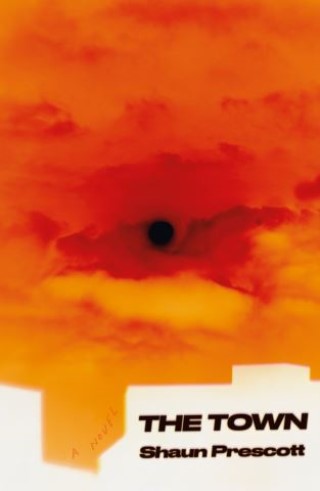 "A powerfully doomy debut" (The Guardian), Shaun Prescott’s The Town is a novel of a rural Australian community besieged by modern day anxieties and threatened by a supernatural force seeking to consume the dying town.

This is Australia, an unnamed, dead-end town in the heart of the outback—a desolate place of gas stations, fast-food franchises, and labyrinthine streets: flat and nearly abandoned. When a young writer arrives to research just such depressing middles-of-nowhere as they are choked into oblivion, he finds something more sinister than economic depression: the ghost towns of Australia appear to be literally disappearing. An epidemic of mysterious holes is threatening his new home’s very existence, and this discovery plunges the researcher into an abyss of weirdness from which he may never escape.

Dark, slippery and unsettling, Shaun Prescott’s debut resurrects the existential novel for the age of sprawl and blight, excavates a nation’s buried history of colonial genocide, and tells a love story that asks if outsiders can ever truly belong anywhere. The result is a disquieting classic that vibrates with an occult power.

Shaun Prescott: Shaun Prescott is a writer based in the Blue Mountains in New South Wales. The author of The Town, he has self-released several small books of fiction, including Erica from Sales and The End of Trolleys, and has been the editor of Crawlspace Magazine. His writing has appeared in The Lifted Brow, The Guardian, and Meanjin, among other venues.