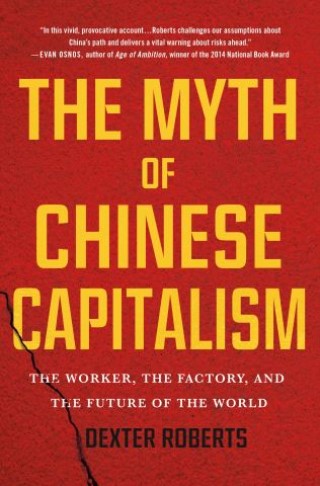 The Myth of Chinese Capitalism

The Worker, the Factory, and the Future of the World

Dexter Roberts lived in Beijing for two decades working as a reporter on economics, business and politics for Bloomberg Businessweek. In The Myth of Chinese Capitalism, Roberts explores the reality behind today’s financially-ascendant China and pulls the curtain back on how the Chinese manufacturing machine is actually powered.

He focuses on two places: the village of Binghuacun in the province of Guizhou, one of China’s poorest regions that sends the highest proportion of its youth away to become migrants; and Dongguan, China’s most infamous factory town located in Guangdong, home to both the largest number of migrant workers and the country’s biggest manufacturing base.

Within these two towns and the people that move between them, Roberts focuses on the story of the Mo family, former farmers-turned-migrant-workers who are struggling to make a living in a fast-changing country that relegates one-half of its people to second-class status via household registration, land tenure policies and inequality in education and health care systems.

In The Myth of Chinese Capitalism, Dexter Roberts brings to life the problems that China and its people face today as they attempt to overcome a divisive system that poses a serious challenge to the country’s future development. In so doing, Roberts paints a boot-on-the-ground cautionary picture of China for a world now held in its financial thrall.

Dexter Roberts: Dexter Roberts is a writer, speaker, and analyst on China economics, business and politics. Previously he served as reporter and China bureau chief for Bloomberg Businessweek and was based in Beijing for more than two decades. He has interviewed numerous Chinese and foreign company CEOs, as well as senior government officials, and has reported from all of China’s provinces and regions including Tibet and Xinjiang, as well as Hong Kong, Taiwan, Mongolia and North Korea.