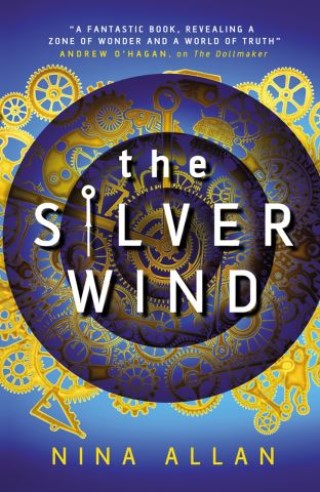 Named as one of '50 Writers You Should Read Now' by The Guardian. From the award-winning author of The Rift, Nina Allan, The Silver Wind is a remarkable narrative exploring the nature of time itself.

Martin Newland is fascinated by time. Watches and clocks are for him metaphorical time machines, a means of coming to terms with the past and voyaging into the future. But was his first timepiece a Smith, given to him on his fourteenth birthday, or the Longines he received four years later? Was it the small brass travelling clock unearthed in the run-down house for which he is to act as estate agent? And who is the maker of these time machines?

Nina Allan: Nina Allan has won the BSFA Award for Short Fiction, the prestigious Grand Prix de l'Imaginaire, and the Aeon Award. She has been shortlisted for the British Fantasy Award four times and was a finalist for the 2014 Shirley Jackson Award.