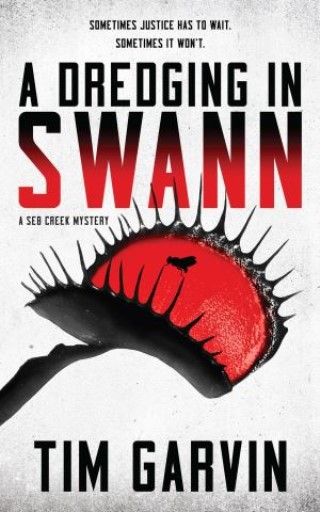 A Dredging in Swann

Two investigations start at the same time in Swann County, North Carolina, one by the FBI, the other by the sheriff. The feds want to know who stole three Stinger missiles during a helicopter crash. The sheriff wants to know who hanged a black ex-con in a well.

Seb Creek, a sheriff’s detective, gets involved in both investigations and fights through lies, secrets, and murder to find the killer. The trail involves a long-ago axe murder, the ravages of combat, an outdoor gas chamber, a mystery at the bottom of a well, and finally a last killing and an ancient testament.

A Dredging in Swann is a tale that deals powerfully with themes of war, race, justice, and, in the end, with healing.

Sometimes justice has to wait.